Pirates And The Free Market 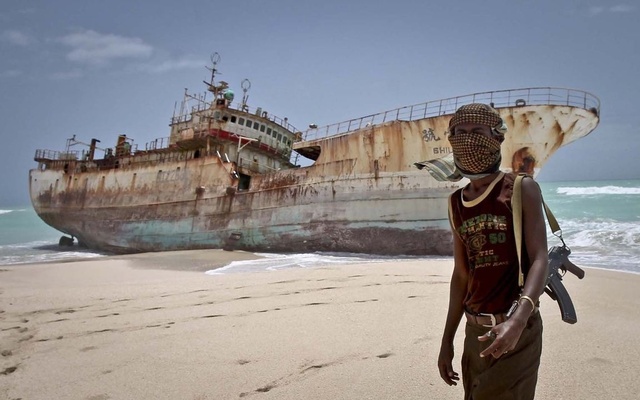 Pirates And The Free Market

The worst sort of enemy to fight against is one who has nothing to lose.  We have seen that repeatedly with terrorists who strap themselves with explosives and sacrifice their lives for the cause of Allah.  Of course, terrorists generally are motivated by ideology.  In the case of pirates, it boils down to simple economics.  Somali pirates are starving, poor, and desolate.  Living under those conditions it is easy to see why they go for the easy money.
Somalia is a failed state subject to abhorrent poverty, crime, and gang warfare.  The country governance does not even rise to the level of being corrupt since a functioning government essentially does not exist.  There is no Somali cultural intent to take down the Great Satan, the United States.  The Somali pirates just want to be able to eat and drive Land Rovers.  In short, Somalia would very much enjoy a successful capitalist, free market society.  In fact, one could say they are pursuing just such aims.

The BBC did a story some time back about the result of increased revenues for Somali pirates (http://news.bbc.co.uk/2/hi/7650415.stm).  The article was written in 2008 and almost four years later the international community is still wringing its hands and pondering solutions.  Meanwhile, the pirates are enriching themselves by taking advantage of free market economics.  Look at it this way:  The pirates use third party financing to fund their entrepreneurial venture.  They take a vessel hostage, an insurance company pays them ransom, and they let the vessel go with crew unharmed (in most cases).  The financiers receive their payday, the pirates are compensated handsomely, and everyone is happy, except for maybe the vessel crew.  Somalia Land Rover dealerships are springing up everywhere.
Even the insurers do not seem to mind much.  If you look at the numbers, the insurers make out regardless of what happens.  So they have to pay a few million dollar ransoms out here and there.  If only half of the 40,000 vessels transiting the Suez Canal annually pay the additional $100,000 approximate kidnapping and ransom premium, the P&I clubs are still doing quite well even accounting for ransom payments.  There is some financial risk and it is an odds game.  But rest assured that as soon as piracy starts eating into the profits of the P&I groups, a swift, meaningful, effective solution to piracy will suddenly come to light.  Until then, the international community can continue to debate methods and solutions while seafarers risk their lives.
Given the increased revenues the P&I clubs are experiencing at the expense of vessels and seafarers’ lives, one might suggest they are making out like… bandits.  But, the free market being what it is, this is ok as long as P&I is making money.  Let’s just hope those ransoms they dole out are building schools in Somalia and are not funding terrorist training camps.