Has Piracy Been Defeated?

Has Piracy Been Defeated? 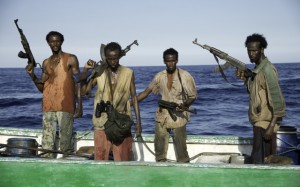 acy been defeated?  Unless you read maritime related publications, which keep close watch on piracy activity around the globe, you might think the pirates are gone. Quite the contrary is true.

According to the International Chamber of Commerce International Maritime Bureau (IMB), which serves as a piracy reporting clearing house, so far in 2014 there have been 163 vessel attacks.  Vessels continue to be hijacked around the world and ransoms continued to be paid. More importantly, seafarers and their families are the victims.

Piracy is a topic that must remain front-of-mind and to help in that mission a world-renowned security and anti-piracy organization is hosting the ATAC Anti-Piracy Conference 2015 this coming January.  The conference is a must-attend event for anyone with security responsibilities within their organization as well as those who directly interact with or advocate for seafarers.

The ATAC Anti-Piracy Conference 2015 will be held Sunday, January 18th, 2015 at the Red Rocks Hotel in Las Vegas, Nevada. Conference speakers include piracy legal experts, executives from the maritime and energy sectors, and high-level government officials from regions affected directly by piracy.

The conference day is followed by an unprecedented Range Day event where anti-piracy tactical demonstrations take place and attendees have the opportunity to experience the technology themselves.
Conference space and hotel discounts are limited so participants are encouraged to register now.

Go to the ATAC website for additional information and to register.